Ah, the rocket Kestrel. There are many fits available out there, but I'm going to share what I feel is one of the best, especially where solo and small gang work is concerned in Factional Warfare. Rockets are one of my favorite frigate weapons as they play into the strength of a fast ship working close in. While I may be able to squeeze a little more DPS out of an Atron on paper, because of tracking issues at the high orbit speeds necessary to survive against enemy fire, a lot of that DPS can be lost. With rockets, only the speed and sig of your target matter, you can be going as fast and have as high of a transversal as you like without affecting your damage output. You're also immune from being tracking disrupted.

When I first sat down to create this fit, I started with an old BNANA favorite, the derp fit suicide tackling kestrel. That ship is a MWD fit ship that hits fairly week at 88 DPS with faction ammo, but has just enough in it to snag a target with a scram and web and hold on for a bit while the rest of it's fleet helps out.

My goal with this ship was a little different than suicide fleet tackles. I needed a ship that could handle itself in a plex fight, possibly against more than one opponent. The nice thing about a FW plex is that as long as I get there first, my enemy is going to come to me, and I know exactly where they will land within a 2 kilometer margin of error. The first thing I was able to ditch was the MWD in favor of an afterburner. Yes the afterburner is slower, but can still be used while I'm scrammed, giving me a better speed tank in situations where I'm tackled. Next is that since my target will presumably be landing right on top of me, so I shouldn't need to travel great distances to catch anything. Finally, exchanging a MWD for an AB frees up a good amount of grid to fit better mods in other slots of the ship.

Next up was to upgrade all the launchers to tech 2. Aside from giving me extra capacity, the T2 launchers have a better rate of fire and allow me the use of rage or javelin rockets. Rage for when my target is tackled and slow giving me nearly 170 DPS at 12k with heat. The javelins give me a range of 22k if I'm getting kited by a non-boosted frig, so even with an afterburner running and they with a MWD, I can usually force them far enough off to break their orbit and point allowing me to escape.

The passive tank is where some variation can be put in. In my particular area of space, we don't run into too many Amarr frigates, so EM damage is relatively rare and I have not bothered to increase the ship's EM resistance above the basics provided. Thermal, kinectic, and explosive tend to me the more common damage types encountered. I've got 2 damage resist rigs installed, so feel free to swap them for what you feel your main resists need to be.

"What about emp projectile ammo?" I hear you ask. Well, I'm glad you thought of that. This fit is designed to be what I refer to as a mid range brawler. I set my orbit for 7800 or so, and if not webbed, I'll be dancing at a high transversal just outside of falloff for blasters and autocannons. The hits I take tend to be miniscule. Once things are under control, if you find yourself still taking too much damage, but still in a winnable situation if you can just get a little more damage reduction, you can overheat your point and pull back a little further against short range guns.

For artillery and rails, you have the option to pull into a 500m orbit where they won't be able to track you, and your rockets don't need to track at all. The important thing here is to recognize quick enough what you're up against. A well fit arty thrasher blasting you with EMP will likely obliterate almost all of your shields in one shot. You've got 5 seconds to get under his guns at that point because you'll be dead on the next shot. Don't fly straight at him, strafe him first, wait for the 2nd shot, and then hit orbit at 500 once you pass within 3-4k or so and you should have a nice kill. Pulling further back in this case is the WORST thing you could do. He will get a 2nd shot off on you long before you're away. Similar situation with rails on a catalyst. 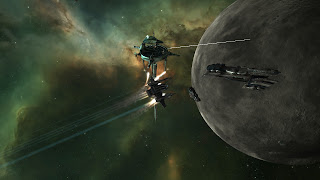 Against cruisers, as long as they're passive tanked, you've got a serious advantage. You're faster and should be able to dictate range. Falloff of a Neutron Blaster Thorax is well under 8k, and if he goes with null ammo he shouldn't have the tracking to hit you reliably. Any other short range cruiser weapons like pulse lasers or auto cannons, get in as close and fast as possible. Without 2 webs on their part, you'll be able to dictate that range all fight. An active repper will be able to keep up with your DPS easily though, so be aware. If all else fails, it's only a Kestrel.

Fitting this ship as I have it set up is the one complication. With my perfect fitting skills, I still need to have a Genolution CA-1 and CA-2 plugged in to leave me with 0.0 CPU when it's all said and done. I don't think I have a single other ship I fly that cuts the CPU that tight. You have the option to downgrade the damage crontrol and ballistic control to a meta 3 or 4 to fit the ship without those implants if you need to, otherwise, a genolution set is a pretty solid 35 million isk investment.

The total cost of this rocket kestrel as I have it fit is about 8.5 million isk at current prices, so not only is she effective at what she does, but she's a cheap date as well.
Posted by The Family at 14:55