And since it fell unto my lot that I should rise and you should not, I'll gently rise and softly call: good night and joy be to you all! - The Parting Glass

A few concerned members of Eve's community have pointed out to me that only 7 of CSM9's 14 members wrote anything for the official CSM 9 Year in Review blog. Where, it was wondered, were the other 7? I can't speak for the other 6, but for myself, I've been so disillusioned with the entire process this year that I didn't bother. It's simply not worth it, and the amount of fucks I have left aren't enough to go through the effort to write something to hand to CCP so they can "clean it up" and drop it on an official dev blog that might get as much traffic as my blog when I don't write anything new for 3 months. 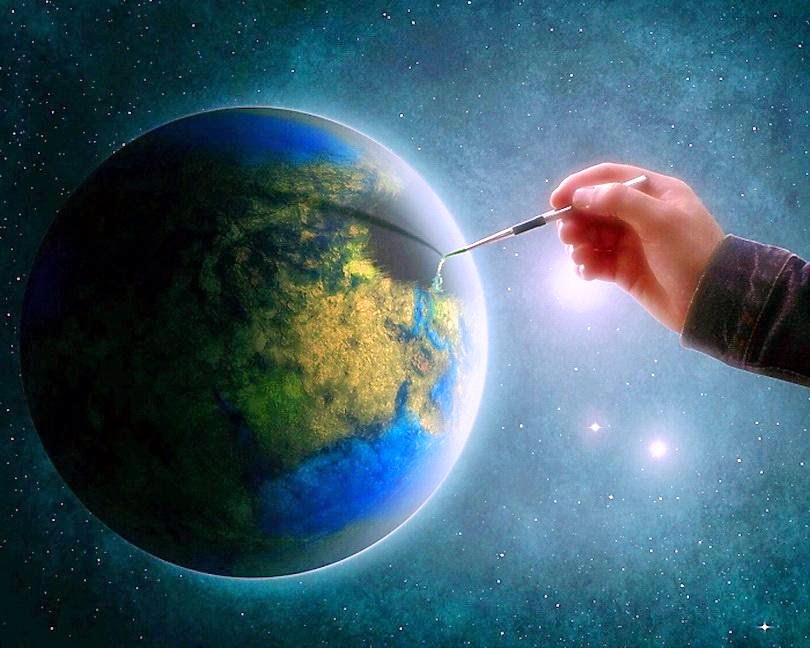 When I decided to run for the CSM last year, I didn't have any grand delusions about changing the world of Eve or making huge waves in the development process like some of the fresh faced people running for CSMX seem to have. I've worked with CCP and the CSM enough in the past as a member of the Eve media community to have a basic understanding of how the process works, however even my muted expectations were dashed by the end of the summer summit.

I originally wrote this blog entry a couple weeks back. I attempted to skirt around the NDA and give as many examples of the futility the CSM faces on a regular basis as I could, but going back over it and looking back on those members of the past who have both publicly and privately decried this storied institution, it seems ill advised to test the waters with specifics. As a result, I've scrapped the old entry entirely, and made a new one from scratch.

Allow me to sum this up as plainly as possible without pointing fingers at anyone specific or dropping anything that might be clasified as proprietary or confidential information. For 2 weeks per year, during the summits, the CSM matters. If you're a fan of reading the minutes, you can see that many teams sit down to meet with the CSM and give progress on what's being worked on, discussions are had and there is some semblance that the CSM has value.

The people who get flown out to Iceland (and it's not a free vacation despite what anyone on the outside may claim) get a day to shake off the jet lag, and are then immersed in meetings every day with some cool off time at night. For those of us who can't make the trip, we're invited to attend remotely. Though getting a word in edgewise is considerably more difficult than it is for those actually in the meeting room, effort is made to relay our typed messages to the speakers in the room, and you'll usually see something from us in the minutes as a result. 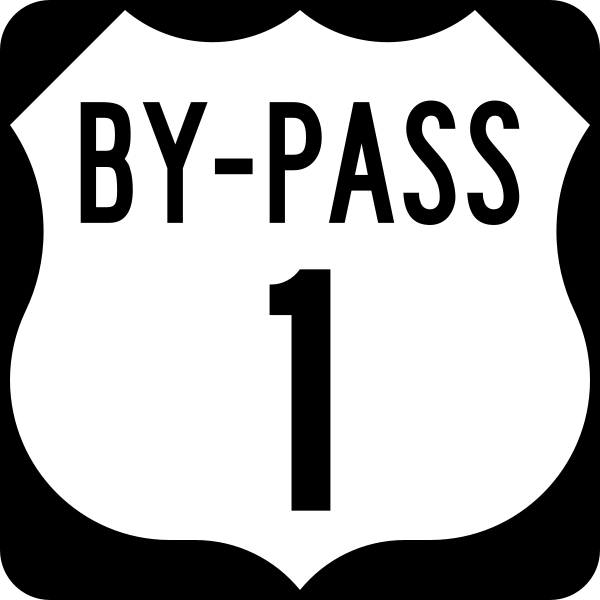 Outside of the 2 summits, communication from the vast majority of CCP to the CSM is practically non existent unless there's some sort of crisis (SOMERblink 2 for example). The CSM IS a stake holder on one team, so communication there is pretty decent at least.

During the 6 week release cycle, as much as half the patch notes (if not more) are seen by the CSM at the same time as the rest of the Eve community. Many changes that are put in front of the CSM for "feedback" are shown mere hours before being released on the F&I forums or in dev blogs giving no time for meaningful feedback, or to make any changes to the initial offering based on that feedback. Outside of maybe fixing a typo or the wording of a sentence, changes are often dropped to the community almost untouched from what was shown to the CSM.

Some people might think of this as a scathing attack on CCP, but I don't think the majority of the CSM's misuse has been due to a negative attitude at CCP. I honestly believe that for many devs, they might feel intimidated presenting something to the CSM, like their work is being put on trial to be judged. I have to put a disclaimer on that statement that no one at CCP has said as much to me about feeling intimidated, but it's certainly one of the vibes I've gotten over the course of the term.

Unfortunately, when the CSM is bypassed entirely, or feedback is unable to be acted upon because of the short amount of time between when the CSM gets the info and when it goes public, many of the changes to proposed developments (take Freighter changes earlier in the year, or the Nullsec jump nerf for example) are a result of angry mobs on the forums, bloggers, and writers for the various eve related news sites lashing back at CCP. Many of the changes made may have been suggested by the CSM before the original post went public, and had the CSM been listened to or utilized properly, much of the trolling and negative backlashes would have been avoided entirely.

Instead what we have here is something that TheMittani learned long ago and holds true to this day: The people who are able to shape and direct the discussion of Eve on the outside have far more influence on the development process than the CSM does.

Looking back at the Erotica1 situation last year, Ripard Teg the CSM member was incapable of convincing CCP to act against the Bonus Room's shenanigans, but Ripard Teg the blogger was able to whip up a community backlash so severe that CCP had little choice but to cave E1's skull in with the ban hammer in what turned into a public spectacle.

Before I even thought of running for the CSM myself, I was one of the voices able to influence the balancing of T1 haulers, and had more effect on that balance pass than I've had on any balance pass since I've been on the CSM.

Between the summer summit and the release of the minutes, I bashed my face into a proverbial brick wall to get a compromise on the highsec awox nerf and got nowhere. Minutes were released, myself and others wrote some blogs about the issue, and a bit of backlash hit. A couple weeks later I joined CCP Fozzie on DJ Big Country's show on Eve Radio where it was FINALLY revealed that CCP was considering making intra corp aggression a toggle. I wanted to scream in frustration because I'd been advocating that for months at that point, and to think I could have skipped 2 months of frustration and just jumped on the issue when the minutes went public was the last straw. The fact is, CCP might hear what the CSM has to say, but they heed the community mob.

So for those who have asked, the reason you won't be seeing my name on a CSM ballot anytime in the foreseeable future is because if you have a blog, podcast, or write for a news site, there's really no reason to be on the CSM. If CCP continues to bypass the CSM or give hardly any time for them to react to changes, I can be a far more effective voice for the community without the restraints put in place by the NDA and an unspoken rule to "play nice". Goodness knows I'll be getting my info either at the same time or within hours of it being presented to CSMX, and won't have to deal with any internal blow back because I went off message. 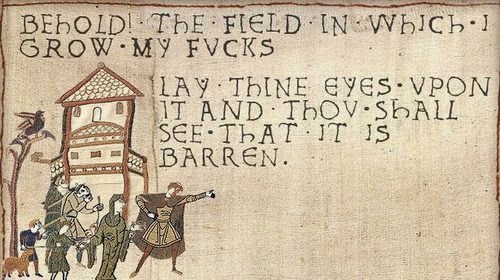 It's true that my bittervet level this year has increased by a factor of at least 10, and the tone of this blog has gone increasingly negative as time has gone on. I had a rant on Eve Radio a few weeks ago about being out of fucks, and considered aloud giving up on this game entirely, that's how much this CSM term has dragged me down. When it comes right down to it, by itself Eve would be a pretty shit game, however the community that has attached itself to it makes it something greater than the sum of its coded parts.

If this was just about a game, I'd have probably peaced out a long time ago, but the game is merely a tool that we all use to interact with one another. That's why you see so many people give Eve a try and then quit days or weeks later. You'll be reading some news article about the largest internet space battle in history, and see them lamenting in the comments section telling us how they were never able to get into the game.

They don't get it. Many of you reading these words today do.

What makes Eve amazing, and what has kept me around for 11 1/2 years isn't new art or spaceships, or a balance pass. Those things, if done well, help to keep things a bit fresh, but what keeps me subbed and playing this game are the people I play it with. Most of the people I play Eve with have never been in the same room as me. We live all over the world, speak different languages in our daily lives, have a multitude of cultural backgrounds, and yet I consider these space bros and sisters as much my friends as anyone I've ever hung out with in person. I have played many games over the years, and in no other game have I made that connection with the other people I've played with.

In the sandbox, you have to be able to make your own fun, and it helps immensely to have other people to make that fun with... and against. With that in mind, and being completely honest, CCP Rise and Fozzie could completely cock up the next 3 ship rebalance passes and I'd still be playing.They probably won't though, because even if CCP continues to misuse the CSM, the bloggers, podcasters, news sites, and even the forum trolls will still be around to help feed the discussions and give voices to the players.

For myself, I'm looking forward to getting back into Eve with friends, and shaking off some of this CSM bitterness. I'll see you in space!
Posted by FunkyBacon at 11:00