This past Friday night/Saturday morning we had one hell of a show on Eve Radio. Elijah Ghost, Charlie Firpol, Zeratha and I donned some of our best formal attire for the evening and engaged in a dual live broadcast (audio only through ER for those playing games or listening on the go from their phones, and a live webcam feed through twitch for those few with less divided attentions).

For the evening we had 2 main talking points (which lead to several smaller discussions) and had occasional breaks to go over progress in a prize giveaway we were also doing at the time. For an Eve Radio first, we also featured a new live polling system to help give live feedback on the various topics being discussed.

This posting will be the first of 2 covering the main topics of the broadcast. I was originally going to make 1 post, but it got to be quite long, and the topics are different enough to each warrant their own post. Check back tomorrow for my thoughts on the elimination of clone costs and escape pod mechanics.

If you would like to view the original broadcast for yourself, you can view it on twitch HERE.


We started things off this week on familiar ground, though the discussion took a turn from the previous week and I was able to keep my cool through most of it. Unsurprisingly, through live polling the majority of our listeners were in favor of the removal of highsec awoxing from the game. This is something I understand, even if I don't agree with it. The reason I don't agree with the change is because I also the issue that CCP is attempting to solve with this change, with the further understanding that this change will NOT solve the issue on its own and further changes will be needed to reach the goal.

Corp infiltration and theft are still going to be an issue, even I would consider it to be a minor concern. I mean, if you don't trust people not to Awox you, you're certainly not going to give them access to anything in your corporation, but at least you'll let them into your chat channel, maybe teach them how to play the game and be afraid of anything risky.

The major issue still in play however is present wardec mechanics. Live polling on the show this week showed that the same people in favor of removing highsec awoxing also agree that the threat of wardecs is a larger deterrent to people gathering in player corporations in highsec. While being in an NPC corp gives someone Concord protection from intra-corp awoxing, it also gives the much larger benefit of making them immune from highsec wardecs.

It's a known issue that a primarily industrial corporation based in highsec does not have the ways or means to defend itself against a larger, more PVP oriented group of players, and these guys are prime targets for groups like the highsec wardec alliance Marmite Collective. Marmite is not the ONLY group that does this, but they are one of the most prominent.

Some of you will remember the story I told on the blog last week (and retold with a bit more detail on The o\ Show this past weekend) where I created a new account and posed as a new player in Eve. Despite fears of awoxing, I managed to get accepted into a highsec industry corp. That corporation then formed an alliance with another corporation and within 24 hours was wardecced by Marmite Collective, who likely saw them on a list of newly formed alliances in Eve.

The alliance leader promptly sent a mail to everyone instructing them to dock up for the duration of the wardec, and everyone followed the advice. For the next 2 weeks, hardly anyone logged in, hardly anyone undocked in anything bigger than a shuttle, no one was talking, and I got bored and decided not to pay the next month's sub for that account. I wasn't the only one that didn't come back either.

Player Retention and Protecting the Newbies: One Possible Solution


It has been toted as fact that players that get engaged socially while playing Eve are far more likely to stick around than those that never leave an NPC corp and don't get involved socially. It is an apparent directive of CCP to make player run corporations a more attractive venue for players to congregate in than NPC corps. If CCP is going to be serious about this, then the removal of highsec awoxing can only be the next step on the yellow brick road to new player retention. Until wardecs and other forms of intra-corp risk outside awoxing can be eliminated, player corporations will continue to be sub-optimal destinations for new and/or defenseless players when considered next to an NPC corporation. 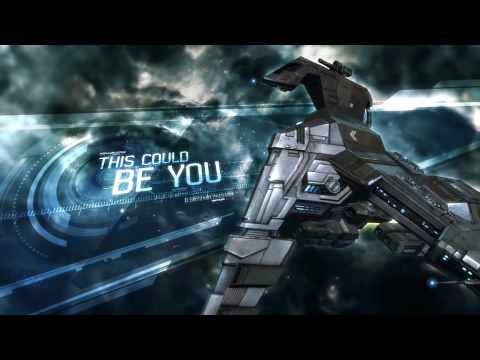 There was a solution to this, but I did not bring up on the show until I was able to be clear whether it was covered under NDA or not. Upon talking with other members of the CSM, the solution in one form or another has been blogged about already by others, so I should be clear to at least drop my version of the solution here for public consumption and consideration. For the record, I am not sure whether this solution, or others like it are being considered by CCP or not. You would need to ask them if something like this is on the table.

Corp Lite Benefits:
Corp Lite Disadvantages:
So there you have it. A step up from an NPC corp, player controlled, would work well for mining and basic industry. As CCP seems to be a big fan lately of doing whatever is easiest, whether something like this would get implemented or not I fear will depend on whether it's easier to nerf the other stuff or code for a new type of corporation. A lot of support from the player base might go a ways to convince CCP as well.

Of course we're left with the dilemma that many people in Eve get a lot of enjoyment out of causing grief to highsec carebears, and there is a strong griefer culture in Eve. This was brought up by a listener on the show, and I was forced to agree that some people who are new to the game are likely turned off by this and don't continue playing as a result of it.
Posted by The Family at 18:02