Life Under the Bus

This Eve University scandal seems to be the event of the day. I'm going to assume that if you're here, you've already read Kelduum Revaan's Posting on the Eve University forums. If you haven't, please read that first.

All done? Excellent! Now some advice for Kelduum:

Stop. Quit while you're ahead buddy, because there's only 2 ways this ends. Bad, and worse.

Over the years, I've seen quite a few people kick up a fuss about getting banned, or getting all their wallet thrown into the negative for RMT, claiming innocence the whole time. Once in a blue moon, the fuss is so great that CCP breaks the code of silence and lets drop exactly what happened. 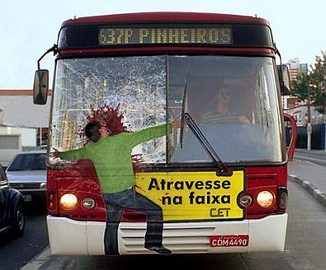 It's understandable that Kelduum wants to defend his buddy, there's something to be said for loyalty to a friend. I also think he's right about something not adding up. The problem is that the only people who know exactly what went down are "John" and Team Security, and I have a strong suspicion that "John's" version of events are a little skewed in his favor. 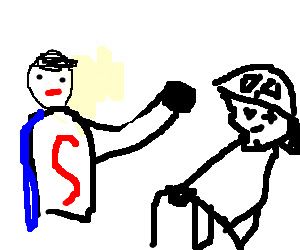 Ok, the guy was helpful to Eve Uni. He did some great things for the noobs, he updated the wiki, he was a class act. I can see why his mates would think highly of him. Being a class act doesn't give you a free pass to break the rules though. If anything, it makes it worse when you do, like watching superman punch an old lady in the face for no reason.

This much I do know: No human being can check and update a market order every 2 seconds, the interface lag ALONE between opening the order and updating it is at least half that time. That means that something other than your hand on your mouse and keyboard is helping you out, whether it's a script, a bot, a macro, or something running off a igb web page, in my opinion, that's all one and the same. An automated process is helping you play, that's it, end of story, good day sir.

So "John" gets butthurt, liquidates, gives away all his stuff, and biomasses. Eve Uni obviously has some suspicion about the money, and petitions to make sure it's legit. CCP says "nope", takes the money, and now Kelduum wants to know why? How about your buddy just got caught botting his market orders (regardless of what he says)? They've been known to take money from people MONTHS after their gains were gotten illicitly, 3 weeks isn't that long by comparison.

I'm not CCP, but there's every chance that they were still investigating and deciding exactly how much to ding John's wallet when that petition from Kelduum rolled in. Since John quit eve and biomassed, maybe that made it easy. Just take it all. Done! There's also every chance, since the guy was a market trader, that every last ISK in his wallet touched the sales of goods he put up "using" his "tools", who are we to say?

That brings us to Kelduum's last concern, "who watches the watchers?" In cases of botting, macros, etc, CCP has a system of detection. They do not disclose how this system works for the simple reason that if you knew, and you were smart, then you would have an easier time evading it. 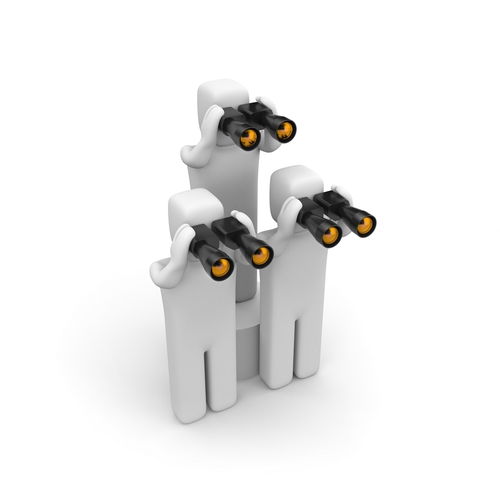 This system detects suspicious activity, this activity is looked into, and actions are carried out as a result. There's no escalation because this is ones and zeros, either you did it, or you didn't.

"We will not provide you with details about the detections, we will merely verify that they worked. When we determine that they have (and you'd be the first case where they haven't) we will repeat to you that you are banned for x amount of time. Unless you're botting or running a botting application you haven't been detected. By botting application I mean an application used for botting, nothing else." -CCP Sreegs in response to a guy caught botting that complained on Eve-O he was innocent.

I've actually seen worse than that in the past. I can't find the link at the moment, but I can recall once on Eve-O some guy starting a thread in General about how all his money was taken away from him unfairly, he'd never done RMT in his life, all his money was legit, but CCP took it and left him with a negative balance. The GMs popped in at one point in the thread, mentioned that they usually don't discuss such things in the open, but since the chap was so eager, they would oblige this one time. The GM then laid out the large isk transfers recieved by this guy, from known RMT characters who had at this point been caught and banned. The story they laid out was detailed, harsh, and could be summed up with one word: pwnd.

EDIT: Found it, thanks to CCP Masterplan on twitter for the assist.

Quite possibly the most public bot banning in Eve history occurred just this past July, when a botter was debugging his bot while streaming it on own3d. CCP showed up for a bit of bot bowling and banned the guy on live TV.

There's no escalation system, no court of appeals in these cases, because there's nothing left to talk about. "John's" ban is between him and CCP, it's none of Kelduum's or Eve Uni's business. There is *some* precedence for CCP coming out and explaining themselves in some of these cases, but it's always been directed at the perpetrator kicking up a fuss. In this case, where the people putting up a fuss are not the guy that broke the rules, it's probably unlikely we'll get any sort of official response.

The best thing that can happen for all involved at this point is for CCP to keep the silence, and Kelduum to back off of this. If Kelduum gets what it appears he's looking for, an official response from CCP about what happened here, I don't think he's going to like the answers he gets.  John's "spotless" record is likely going to go from "possibly tarnished" to "definitely tarnished" in that case. Not the best legacy to leave behind.
Posted by The Family at 04:43