There's been some buzzing going on around Eve Media circles this week. With the recent resolution of the drama over at IWantISK, the topic has turned to a practice some twitch streamers have been turning to with increasing frequency. In a nutshell, certain streamers have been conducting "giveaways" of in game items, sometimes only to paying subscribers, and sometimes to anyone, but if you're a paying subscriber or have donated to them on patreon, you'll get an enhanced chance of winning something.

Let's Start With a History Lesson


There seems to be confusion among some streamers as to whether such practices constitute RMT. I popped on DJ Big Country's "Open Comms Show" this past week to see if I might be able to lend some clarity, being involved peripherally in the SOMERblink 1 scandal, and in the thick of SOMERblink 2.

In the first instance, Somer was giving away 200 million ISK worth of "Blink Credit" to those who purchased a plex through his affiliate link to Markee Dragon. Blink credit wasn't an actual in-game item, it was akin to tickets for the gambling site, and gave players only a chance to win something. There was an, albeit laundered, source of real money being funneled to SOMERblink through the exchange of in game items of value, but CCP was in a tough spot when this was pointed out because certain Riot Devs who were working for CCP at the time had endorsed the site publicly as a legitimate service.

Once this particular RMT loophole was exposed, several players began to take advantage of it to cash out. CCP was again in a tough spot. It would be difficult to ban these players for RMT since they were exploiting the same loophole that a legitimately endorsed SOMERblink had been doing for years, but at the same time they couldn't allow every player with a few hundred billion ISK to cash out and walk away with tens of thousands of dollars. A cease and desist order was issued, and the loophole was closed.

As we all know, the second time SOMERblink tried to cash out ended badly for the site. He basically got "permission" to run a promotion from a member of the marketing team that wasn't familiar with crafty RMT schemes by presenting his proposal in a deceptive manner. When he was called on it by people who knew better, he decided to plaster CCP communications on his site without their permission in an attempt to defend himself, and then got banned and had his assets seized. I think officially he was banned for the communication leaks. Al Capone also went down for tax evasion. End result was the same.

Fast Forward to the Present


With the advent of monetization for people who play games on streams, it's inevitable that the line is going to be tested as to what constitutes RMT while streamers attempt to maximize revenues. My personal smell test for RMT is fairly simple:


Are you trading in game items, a chance at in game items, or giving an advantage to win in game items above and beyond others to people who hand you actual real life money? If there is a direct, or somewhat re-directed flow of cash and ISK, you've got some form of RMT. 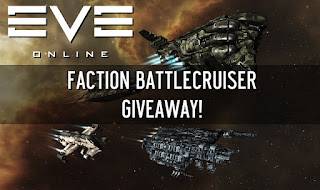 Using what SOMERblink has taught us in the past, this would also include a situation where players purchase goods or services from a 3rd party and it's the 3rd party that is paying you.

Eve Radio is a prime example of how to do it "right". They accept donations and have a premium listener program. Paying money into either one does not grant those supporters any advantage on winning any contest where in-game assets are involved. Premium supporters ARE entered into a drawing every month for a free game on Steam, but that is not an in-game item or ISK.

By the same note, a twitch streamer could go onto CCP's shop and purchase (for real money) one of those insanely overpriced hoodies for $90. They could sell raffle tickets for that hoodie at $10 a pop on their stream and "give it away" to the lucky winner after 15 tickets are sold. Completely legit, though you might want to check with your country's gambling laws first.

In the above case we've got real world goods being exchanged for real world cash. Once actual money is exchanged and a Nyx changes ownership this would be RMT in some form or other. We could argue the rights and wrongs of RMT all day, but I'm not here to discuss the morality of it today, just pointing out what it is for those who seem confused.


Yes, I know, this is what you've been waiting for. I could, after all, talk about what is, and is not RMT until I'm blue, but it doesn't mean much because Eve isn't my game, and I don't make the rules. Long time friend and compatriot at Eve Radio, DJ Wiggles, one upped me on this one and had the clever idea of asking CCP what they thought, then went over the response with Nosy Gamer on Wiggles' new Mini Podcast, New Eden Update, this past Friday.


Hi just dropping you guys a petition as the topic came up on my radio show I do each week on Eve-Radio and the question was "what is the legal standpoint of player created sites doing giveaways for in game items" this is in regards to player/fan sites giving either a) subscribers (via Twitch/Pateron/etc.) an extra chance at winning the items in game or b) a subscriber only give away that they can win in game items. -DJ Wiggles

Simple, direct. Wish I'd have thought of it first. Now, normally we're not allowed to share CCP responses to petitions except in extremely rare cases. One of those instances would be when the GM in question gives permission. Emphasis mine:

While the exact scenario you mentioned isn't explicitly covered in the above policy, it sounds too close to RMT for us to sanction. My take on this is that it's essentially not really a "giveaway" if the user has to pay real money in some fashion (subscription, donations) to be eligible, that sounds more like RMT than an actual giveaway.

My advice to Twitch/Youtube users would be to stick to advertisement monetization instead of tying giveaways into donations. Those that want to do giveaways are welcome to do so as long as any viewer is eligible and no payment in real life currency is asked for.

You are welcome to share this with your listeners. 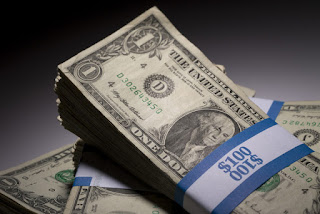 GM Lelouch was careful to use the terms "My take" and "My advice" in his response for those who want to split hairs. That would make the above statement something slightly less than official CCP policy. That also doesn't mean it's ok to go out and start selling dollar tickets to your next Twitch Giveaway either. If a streamer is petitioned, the GMs will just have to make the call, possibly with input from team security, as to whether you're engaging in RMT or not. That's not a gamble I'd take with my Eve account.

Also, that official policy isn't written on a stone tablet, and it can change fairly easily. Should a specific streamer get petitioned, it very well may come down to GM interpretation of RMT. If this becomes and epidemic, I would expect the official rules will eventually be amended to clear up any "confusion".

At the very least, what we have at the moment are some instances of RMT. Illicit RMT? In some cases, perhaps. Unsanctioned RMT? Well, without a direct CCP endorsement as what happened with SOMERblink in 2013, ANY form of RMT, illicit or not, is unsanctioned. It's just a question of how far people get before the hammer drops. *MY* advice to streamers is to be very careful with these giveaways. I wouldn't allow money and in game items to brush up against one another, no matter how cleverly you think you've disguised it.