Eve: Gateway to Free to Play?

I have a confession to make, though I suppose it won't be much of a surprise. About 5 months ago, my last injected PLEX ran out in Eve Online, and I didn't re-up. For a further 2 months I would look at the icon on my desktop from time to time and ask myself the question, "Do I want to log into Eve?" Another game won out every time, until finally I decided to re-purpose the hard drive space and uninstalled both the main and test clients. "It's not like I can't install it again later," I told myself. In one month, I will have matched my longest break from Eve since it launched in 2003.

I have kept up with the blogs, and the news sites, followed the rumblings on both twitter & reddit, and otherwise kept up with the game and the politics within, but the inspiration to return has not yet come. Absence makes the heart grow fonder, so they say, and so I wait, and watch, mostly quiet on the sidelines. Truth be told, there just hasn't been much to talk about lately concerning Eve outside of null politics, and which group is beating on which other group. Well, that is until today's announcement from CCP about the impending limited F2P. 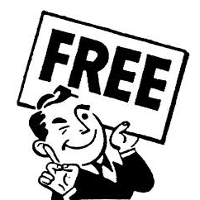 I expect the news sites and blogs will be in a flurry of activity over the next couple weeks. Everyone's going to have an opinion about this. Eve is dying a slow death, subs and the PCU are creeping ever downward, and CCP has to do something to staunch the flow. The question has been on the board now for a couple years, and here we have CCP's answer, or at least what I hope is only the first part of that answer.

This change should really not be inferred to as a free to play change. Games like Neverwinter, Star Trek Online, or Lord of the Rings Online are free to play. Neverwinter I've gone pretty damn far and never given them a single cent. STO, I've cashed in some currency for a couple ships, but haven't paid for a sub in years. LOTRO gives you the choice to gain access for a monthly sub, or unlock pieces of the game permanently for a one time fee.

What is essentially happening here, is that we're going from a limited time trial in the game, to a limited progression trial, much like what WoW has done with their free experience, allowing people without subs to play up to lvl 20 for as long as they like. CCP isn't here to give away a bunch of free shit for no return. You get to taste things for free, undock, do some pew, and the hope is you're hooked and are now willing to pay for the full experience to progress from being a lamb, to a wolf, and keep paying to stay that way, or it's back to the kiddie pool for you. You can't unlock an extra 5 million SP, or certain skills permanently, or gain access to a second race, or anything else for a one time fee. You want access, you pays your sub. 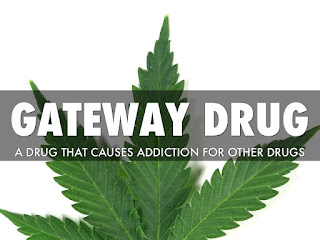 Initially we'll see a spike in the PCU. Some people (like myself) logging back into seriously gimped high SP characters will long to use the OTHER 250 ships in our hangars, and pay up for the privilege. What about those guys trying the game for the first or fifth time that want to poke around for a while by themselves, or with a friend though? I'm not seeing any proposed changes to the NPE that has consistently failed to retain the vast numbers of players that try the game. Maybe CCP's gambit here is that taking away the time limited restraint, these guys will stick around longer, but with the average trial not making it past 2 hours, I have my doubts the 14 day trial limitation was the issue.

On the surface, the immediate beneficiaries of this new Alpha clone feature will be the large newbro friendly entities in the game. For the noobs that groups like Dreddit and Pandemic Horde are able to bring in I see a positive thing here... well, until they call for Caracal fleet and a large swath of alpha clone dudes aren't Caldari. So hey, more kitchen sinks! Those are always fun. Still a very positive change.

A huge gripe already for new players is the time it takes them to get into what they would consider to be meaningful gameplay. Alpha clones will train SP at a slower rate than Omegas, so there's one strike right off the bat. Allowing skill injection is one thing, but that kind of takes away from the whole free aspect of it.

CCP has the ability to fix this one easily. With Alpha's already limited to a single race, give them the basic skills they need to fly the frigates within that race immediately, and effectively. That means a new PVP pilot should already be able to fit tech 1 tackle and guns, be able to do basic shield or armor tanking, have the most basic skills for probing and exploration, and even remote repairs. Basically, if a veteran player were to start a new character, that character should have the skills at least to fit a basic t1 version of the ship they way most people who know what they're doing would fit it. Hell, maybe that very first noob ship they get comes with a full basic fit that takes advantages of its bonuses, you know, to give a newbro an idea of that a proper fit might look like. 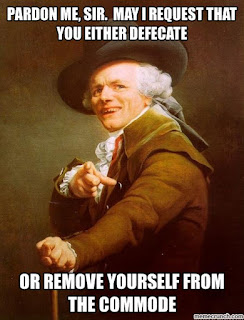 The next bit of concern is coming from 2 directions. One the one hand, you can't have a bunch of freebie toons flying around Eve wrecking the game and the economy for people that are paying customers. I agree with this. On the other hand, if these freebie folk are gimped to the extent that they're no more than fodder for the paying customers, eventually they're in a position where it's time to shit (start paying) or get off the pot, with a 3rd, and likely less desirable option of just remaining gimped, which brings us back over to that whole retention thing.

In short, this new trial system I think is actually a step in the right direction for Eve, but it's not the answer on it's own. At some point, CCP needs to decide who their customer is, and make their game in that image. Even making the game completely free will do nothing to bring in the people on the PC Gamer-type sites that leave the comments bemoaning spreadsheets in space, and needing to put more time into Eve than their job. At the same time, the game as it stands does appeal to a select group of gamers, and though they are becoming fewer, dropping away due to boredom, or changing lives, etc. they are the ones paying the bills, and if you drive them away while failing to attract enough new customers to replace them... well, I think we all know the answer to that question.

I'm still here though, waiting for that spark of inspiration that brings me back in. I'm not sure this is quite it, but let's see what else is coming down the pipe.
Posted by The Family at 17:06