This entry might make me a bit unpopular in some circles, but so be it. Never let it be said that I was afraid to go on record about something that people might not agree with.

If you look in the right hand margin of my blog here you'll see a roll of blogs I tend to read, all at least partially deal with Eve, most entirely deal with Eve. Some of them link back here, some of them don't. It's not something I concern myself with as I don't promote that list to get cross promotion. I also don't necessarily see eye to eye with all of the authors on that list. For example, I find Gevlon to be bat spit crazy most of the time, but I will read some of his entries because in between all the crazy, there's actually some interesting things to sift out of it. In the case of Ripard Teg... well from one fad to the next with him, you never really know what to expect from the guy.

I've been reading a lot of Ripard's blog lately, and shaking my head sadly at his current campaign to rid the game I love of it's seedier sort of player. My old friends at Massively have wasted no time playing the Cyber Bully card in reference to Ripard's Bonus Room posting. Of course, with the recent budget cuts and layoffs over at Massively, I guess I'm not surprised they couldn't afford to write more than a handful of words of their own, and not actually have someone write the piece that knows Ripard doesn't write for EN24 so much as just gives them permission to repost his blog entries. 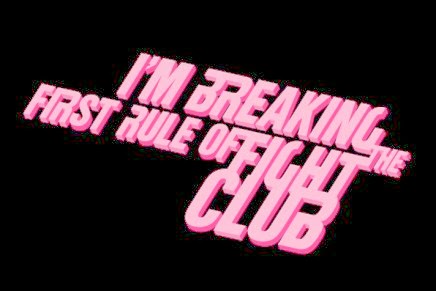 Let's talk about the Bonus Room for a minute then. It's not actually Fight Club, so this shouldn't be against the rules. First, I want to make plain that I don't agree with the things Erotica 1 does to people. It's not really my thing, and I do believe it takes a "special" type of person to get off on the shit he pulls. He's a bad man, maybe a real life villain, but he's also not my problem. He's not CCP's problem either.

Erotica 1 might be Sohkar and his wife's problem. But Sohkar is a grown man (though maybe not a smart man) an adult, and presumably so is his wife. He's not a child. I listened to the majority of the Bonus Room recording, and when I was done I had two very clear thoughts. First, Erotica 1 and his buddies really should be ashamed to take advantage of such a weak minded individual. Second, I hope to God Sohkar isn't really an air traffic controller. I think that possibility scares me more than anything else about this situation. 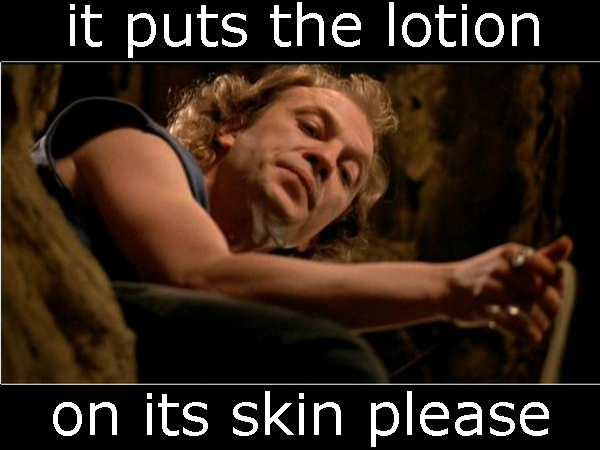 Ripard's assertion that what Sohkar went through was akin to torture is laughable at best. It actually boils my blood a little bit, and suggests that Ripard actually knows very little about torture. Sohkar will likely recover fully once he figures out that just about everything said in Jita local is a scam, or that Eve is probably a game he shouldn't be playing. People who actually go through real torture are often scarred for life. Let's not pretend that Sohkar was strapped down to a table and forced to do anything. There was nothing forcing him to stay in that teamspeak channel except his own greed, and the hopes he didn't just get scammed (though he seems to suspect that's exactly the case fairly early on).

Torture is about forcing your will on another person that has no choice but to endure it, breaking them where they have no way out. No one forced Sohkar to give Erotica and his friends every last shred of his Eve possessions. He was tricked. Conned. No one water boarded him to get him to read James315's code. No one attached electrodes to his nipples to get him to sing the Gummi Bear song. Hope and greed is what kept him blinded and in the game for as long as he remained. It wasn't until grim reality finally caught up with him and lifted the blindness from his eyes that he snapped. Surely he was mad at Erotica and company, but he was also likely mad at himself for falling for their trick.

The next thing to pour off of Ripard's fingers that really got under my skin was this little gem:

If you -- for even a single moment! -- would think to defend what is happening here or if you think it is "funny", I invite you to share this recording with your mother or your aunt or your grandmother or your sister. Tell them that this is something that happens in the video game that you play. Tell them the "funny" tale of a few friends in EVE Online having a few laughs. Play her the recording. Let her judge this recording from outside the bubble that you're living in.

Ok, was the Bonus Room recording funny? I don't think so. But if Ripard thinks this is so bad and horrible, why don't we take this to the police and tell them about how this poor man was tortured out of every possession he had in an online video game? He won't, and none of us will because it would induce one of those horrible uncomfortable silences where no one is really sure if you're just joking or if you've completely lost your mind. The woman relative bit blows my mind as well. I should think any human being that doesn't play Eve would have a similar reaction ("Why the fuck am I listening to this dumb shit, let's go do something else.") but perhaps Ripard just thinks that women in general are especially not able to grasp the concept behind Eve and scammers... Therein leads us to my next point, because regardless of how I or anyone else personally feels about what happened in this case...

It's not CCPs problem.


But, but, this happened in Eve! - Not Exactly a Ripard Teg quote.

As far as I can tell, none of the Bonus Room conversation happened in Eve Online. It happened on a 3rd party teamspeak server. The goods in Eve were transferred through the client, but up to and through that point, this was just another scam. regardless of what happened after that, this is a VERY slippery slope Ripard is asking CCP to climb on here. Granted, this is a pretty extreme situation. While I reserve the term Cyber Bullying to be between school children, not grown men, this is still not a very nice thing to do to someone.

If CCP can step outside of Eve and punish people for what they say and do OUTSIDE the game, where does it end? Posting porn in game will get you warnings and bans... if one of my alliance mates posts pornographic images that offend my sensibilities in our teamspeak channel while we play Eve can I petition him and have him banned? If another alliance in Eve DDOSs our voice comms just before we're about to fight them can we petition CCP to replace our ships because they prevented us from being able to fight back effectively? I think we all know the answer here; it's that Ripard Teg is a silly man, and we should be happy he's not actually running the show at CCP (though we know he'd love to).

For things outside of Eve, one must rely on the rule of law, and in that we must ask ourselves, were any laws broken here? Can we call and report this to the Police and expect anything to come of it? Sadly, unless we're taking into account the threats made on the lives of the people running the scam in this case, I don't see anything here to report. If this had been done to a child... maybe, but between grown men this one is closer to yelling at your neighbor because his dog took a shit on your lawn than fisticuffs outside the local night club.

Frankly, I'm getting a little tired of Ripard's constant calls for CCP to clamp down on Eve's scammers and bad guys. Current policies are fine. If you think CCP condones threats of attack on people in game, ask Ginger Magician when his ban will be over. Hell, a guy jokingly threatened to kill himself in Jita a couple weeks back and CCP called interpol who sent a pair of RCMP to the guy's house within 6 hours!

I know that Ripard is advocating his crusade from a place of goodness in his heart, though part of me also thinks he just likes the attention it's getting him. If you want to actually read something sensible about how the "news" relates to Eve, Drakarn over at Sand Cider and Spaceships wrote an absolutely brilliant piece giving a parallel to Eve's press and what aliens might think of Earth if they only judged us by the headlines in our own real life news. With that in mind, maybe our little problem with a very select few individuals in Eve Online is more a symptom of a bigger problem with the human race in general rather than us being... "That Game"