When it comes to PVP I sometimes think I'm pretty clever. Yesterday I posted an Algos fit that I'm quite proud of. It's got some drawbacks, but for a plex fighter I feel it's top notch. Most of the guys in our Newbie corp, Noob Mercs don't have the skills and implants to fly something like that though, so their Director of Newbro Integration, Charlie Firpol cobbled something together they COULD conceivably fly. At first look it's a comedy fit, but I can think of at least a couple pilots who are not laughing right now. 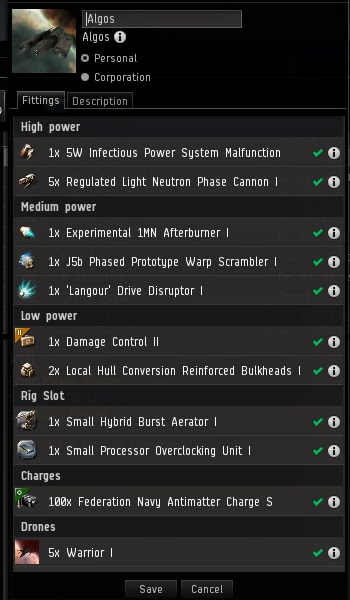 Click the picture, I'll wait while you read it.

I know what you're thinking, it's hull tanked. It's only got 1 T2 mod on it. It's bad? You've heard the old saying in eve right?

Well, I guess this one just validated Charlie's man card. To be fair, Charlie is one of the veteran pilots in Noob Mercs that helps teach the newbros how to PVP, so he's not really a newbie himself. He excels at coming up with stupidly cheap and effective ship fittings that any bobblehead with 1.5 million SP can fly effectively, and teaching said bobbleheads how to fly it. This one prices out at just shy of 3 million ISK, and missing from the window are a pair of tech 1 Hammerheads and 3 T1 Hobgoblin drones. This is considerably cheaper than the Algos fit I posted yesterday that will likely run you around 16 million ISK.

I didn't EFT this fit, and I can't tell you exactly how much DPS it puts out, but my guess is that it probably hurts a bit, and it's still not very fast.

Charlie likes to field test his stuff before he puts his fits up into his corp's fittings, so he threw this thing together and parked it in a plex next door to us in Hikkoken hoping someone would bite. A few minutes later, I got the message that he fixed my Algos fit for me. 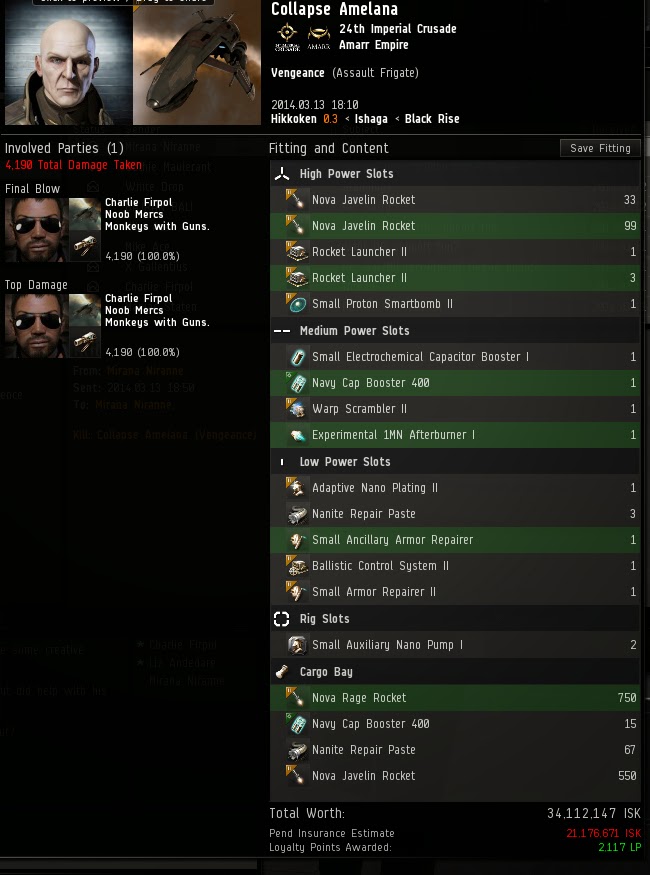 Well... shit. I can't even look at the Vengeance fit and say it's that bad. Must be some pilot error or something... Obviously...

But Charlie wasn't done. He looted, returned to station and rolled to another plex, this time in Rakapas. He pulled up to a small complex, and saw a daredevil was already inside. Normally, this is not a situation you would send the algos into. If he's a kitey daredevil (aren't they all?) you'll just get torn to pieces bit by bit while he dances around you like a sadistic fairy. Charlie knows a thing or two about Flying Fearless though, he practically wrote the book on it. Even if he lost his hull tanked algos at this point, he'd still be running better than 90% ISK efficient for the afternoon, so, you know, he activated the gate and... 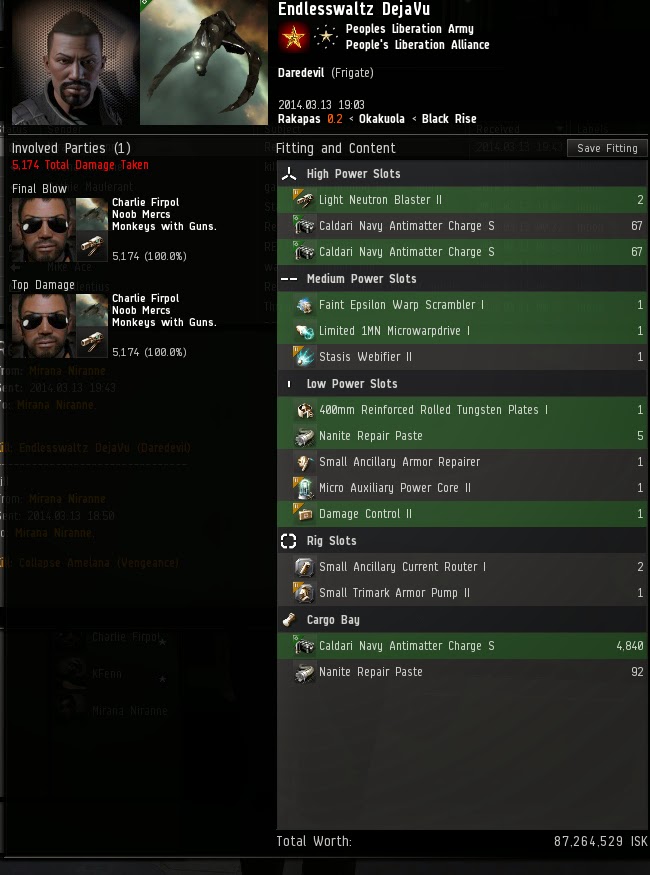 DEFINITELY pilot error. There's no way, I mean, I don't even...